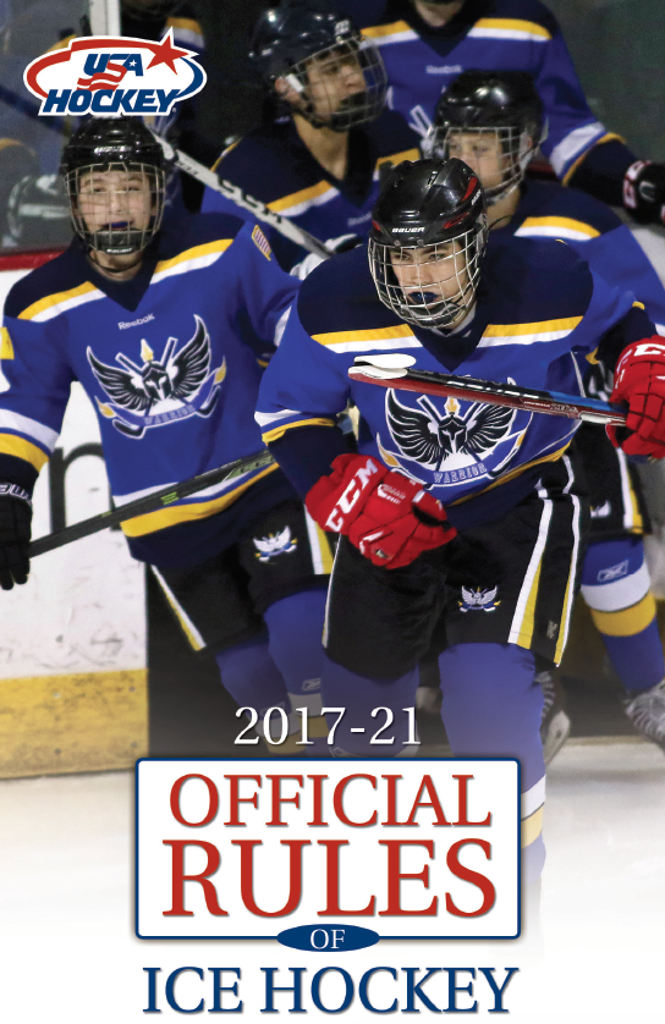 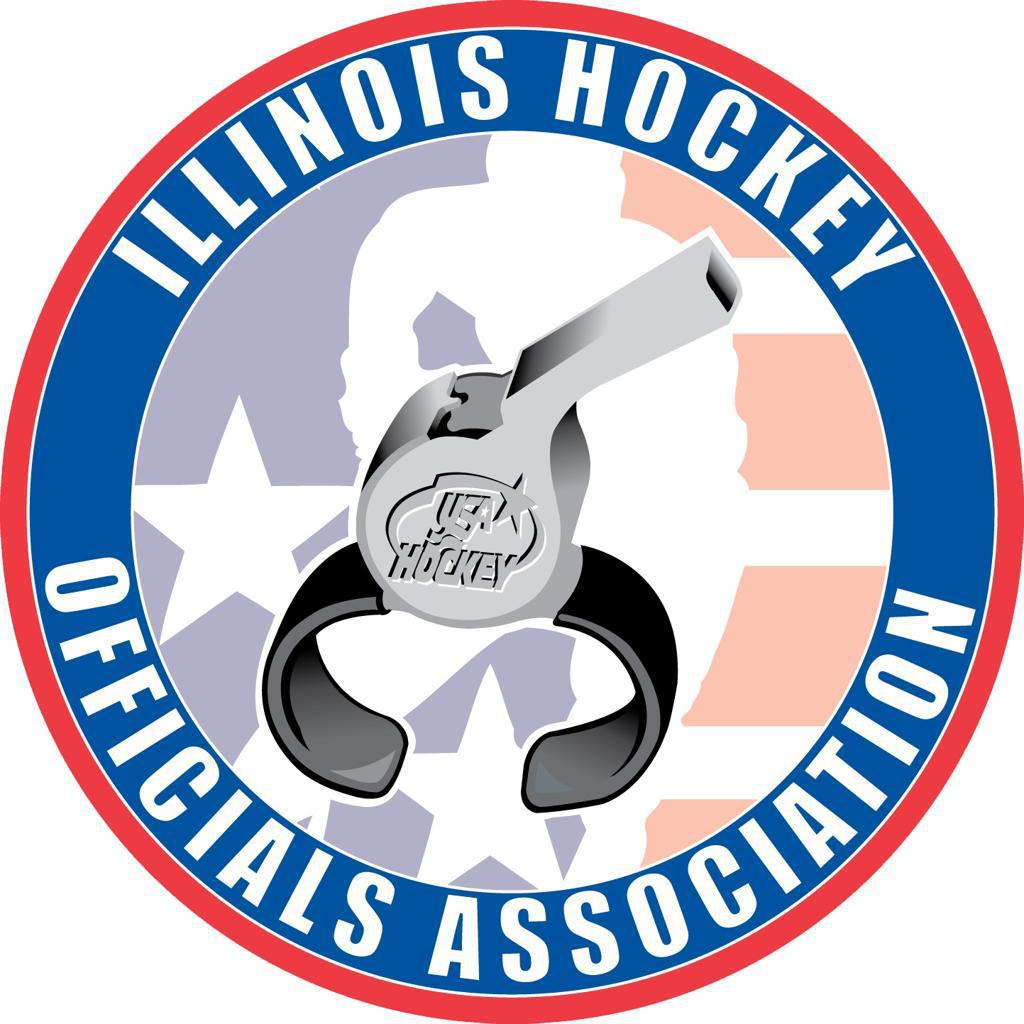 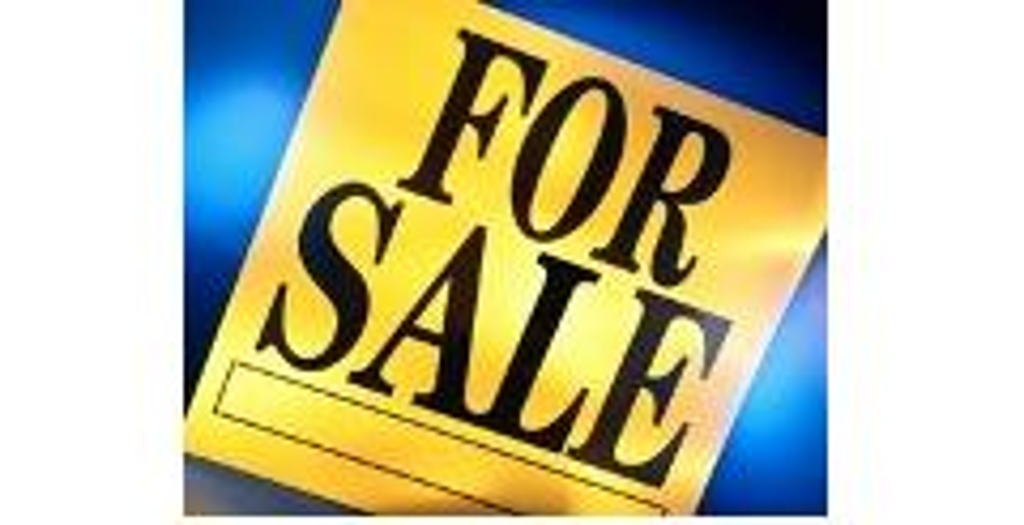 We are pleased to announce that Kevin Bolger will serve as President of the Amateur Hockey Association of Illinois, Inc. Kevin's vast experience in the Illinois hockey community will serve our membership well during these unique and trying times.

Kevin began coaching in the House League at Winnetka 27 years ago. He progressed through the Winnetka Program serving on the Board of Directors as Wishbone Tournament Director, Director of Development, Legal Consultant, Director of Personnel, Coaches Selection Committee, All Star Committee, Vice President and President.

From 2004 to 2011 he served on the Loyola Academy Hockey Board holding positions as Registrar, Chairman of R&E, Coaches Selections Committee and Secretary. In 2003 Kevin was appointed to the AHAI Board of Directors to fill the vacancy of Sarah Teuting.

Prior to taking the helm as President, Kevin most recently served AHAI as Vice President of Hockey Operations and Chairman of the Suspension & Review Committee. Kevin has also served on the Tier II, Showcase, Screening and Appeals Committees.

Additionally, Kevin's experience as a Criminal Defense Attorney, former Cook County Assistant State's Attorney and Chicago Police Officer provides him with the broad experience necessary to fulfill the role of AHAI President and achieve the goals of Illinois Hockey.

Kevin was inducted into the Illinois Hockey Hall of Fame in 2018 for his myriad contributions and exceptional dedication to hockey in Illinois.

"There are many ways we can improve this great game and grow our sport in the coming years. I look forward to serving the Illinois hockey community and representing your interests in the State of Illinois." - Kevin Bolger, AHAI President

Currently, the State of Illinois classifies ice hockey as a "Higher Risk" sport. According to the Illinois classification, Higher Risk sports allow for no-contact practices and training only. The All Sports Policy may be found here:
https://dceocovid19resources.com/assets/Restore-Illinois/businessguidelines4/youthsports.pdf
AHAI Affiliate Organizations and leagues are accountable to governmental authorities and AHAI expects all its members to strictly adhere to federal, state, and local government and departments of health policies, including local rink rules, for best practices on COVID-19 health and prevention. These policies include, but are not limited to, the All Sports Policy, Youth Sports Guidance, and Indoor/Outdoor Recreation Facilities Guidance from the State of Illinois. AHAI realizes that the policies can (and may very well) change at some point in the future. Each AHAI organization is responsible for awareness of the most current policies.
As players and ice hockey participants return to the ice, and in hopeful anticipation that scrimmages and/or games will occur soon, AHAI released the 2020/2021 Hockey Registry to all AHAI Affiliate organizations. Similar to prior years, rosters that comply with the AHAI/USAH Rules and Regulations will be certified.
The issuance of a team roster does NOT permit an AHAI/USA Hockey rostered team to participate in any games or scrimmages (in state or out of state) nor does it permit an AHAI sanctioned league to conduct games or scrimmages. AHAI will not sanction any in-state tournaments at this time.
A violation of AHAI rules, including all in state Illinois Game play, regulations, bylaws, policies, or procedures may be referred to the appropriate disciplinary AHAI committee for further action. A determination by the AHAI committee that an organization, team or league violated any AHAI rule, regulation, bylaw, policy or procedure may result in disciplinary measures including, but not limited to, coaching suspension, team staff suspension, decertification of a team or league, and elimination of eligibility to participate in the AHAI State Tournament.
AHAI is not recommending Associations/Clubs or teams travel outside the state of Illinois.
However, AHAI is suspending the travel permit rule 7.0 until further notice.
If teams or participants travel out of Illinois, they would be subject to any applicable State of Illinois quarantine requirements and may be subject to penalties by the State of Illinois if it determines that such travel violated the current health regulations. Currently, AHAI does not intend to take disciplinary action for participating in sanctioned activities in another Affiliate unless the State of Illinois issues a clearer directive on the subject.
Each affiliate/Club bears the sole responsibility for any consequences of out of state play, including but not limited to any legal action that may be taken by any governmental body, league, affiliate, or any individual.
Each AHAI Affiliate/Club should prepare its own plan, in conjunction with its local rinks, for returning players to the ice. AHAI does not operate ice rinks or affiliates nor does it determine when, and how, it is appropriate to return to the rinks. AHAI has no role in determining such actions.
Working collaboratively, and in compliance with the policies discussed above, may increase the opportunity to reevaluate the current classification of ice hockey. Conversely, creating an environment which could lead to further exposure and incidence of COVID-19 infection may move the community further back from its intended goals. We are all in this together!
AHAI will release additional information as it becomes available.
Stay well.
AHAI Board of Directors

The AHAI Board of Directors want to take this opportunity to reach-out to all of you to provide an update on the current status of ice hockey in Illinois.

The challenges relating to the Covid-19 pandemic are daunting and ever-changing.

The AHAI Board empathizes with you and understands there are a myriad of Covid-19 related issues which created a series of challenges for rink facilities, leagues, clubs, parents, and most importantly players, that are not just unique – they are unprecedented.

While we all wish that hockey could return to “normal” this is simply not possible at this point in time.  And none of us know when “normal” might be possible.

We want to make it clear that AHAI, in its role and responsibility as the governing body for amateur hockey in the State of Illinois, is in contact with medical experts and policy-makers in the State of Illinois to consider all avenues to (1) keep everyone as safe as possible, and (2) explore options to offer the membership as robust and as full a hockey experience as possible in the current environment.

AHAI will not trade safety for expediency but we want you to know that we are working on your behalf.

Illinois Hockey Hall of Fame Seeking Nominations for Class of 2020

Illinois hockey has a very long and rich hockey history, in large part due to the tireless dedication and commitment of individuals who have helped make sure every individual who has had a desire to participate in this great sport has had the opportunity to do so. The Illinois Hockey Hall of Fame recognizes outstanding players, organizers, coaches, managers, supporters, and officials.

Please click HERE for Nomination Qualifications & Procedures. If you know of someone who you believe should be a candidate to enter the Illinois Hockey Hall of Fame Class of 2020, you are encouraged to click HERE for Nomination Form; please submit all assisting documentation by October 1, 2020. Click HERE to view a list of past IHHF Inductees. The 2020 IHHF Induction Dinner will be held in their honor on Sunday, January 31, 2021 at the Belvedere Banquet Hall in Elk Grove Village beginning at 5:00 pm. Tickets are available by contacting Norm Spiegel at 847.269.2922 or jacole@comcast.net.

To begin with there are a number of reasons the high school committee has been gravitating toward this change.

1) In order to have hockey work as a true varsity sport it is essential that the development process is designed to promote the best players to the varsity level.

2) Allow, unlike Tier I or Tier II players the chance to progress during the course of one season. Hard work, good attitude and performance earn an opportunity.

3) Remove the possibility (except in the case of a crisis) for a player to move down for the purpose of trying to improve the record of a JV or lower development team.

4) Provide experience for a player at a lower level gained by playing at a higher level in order to prepare them for the next season.

5) Provide players to fill holes on an upper team caused by illness or injury.

HS Affiliate Organization teams may dual roster players on their teams within the same affiliate. A player may only dual roster up to a team one level higher.

If a team plays in more than 1 league, the combined number of league games played count in the 9 allowed games before being locked to the upper team.

It is recommended that if there are 2 goalies on the lower team, 1 goalie should be dual rostered on the next upper team. If there is only 1 goalie on a team, they may only be on the upper roster as a BUG.

No player may play down, exception by petition if there is a crisis as determined by the HS committee and the AHAI registrar.

Individual leagues may be more restrictive.

The Tier II substitute choice application process, 10U through 16U/18U will begin on July 21, 2020. All applications will be submitted online. Please click HERE to apply.

The Tier II Committee will have (3) three appeal hearings for those denied a substitute choice. The dates for the appeals are August 13, August 27, and September 9, 2020 at 6:30 p.m. via Zoom. If denied, please email Gregg Chudacoff, AHAI Tier II Chairman, at gregg.chudacoff@ahai2.org with your preferred appeal hearing date. The deadline for applying for a substitute choice will be September 15, 2020.

The A Step aHead partners are excited to announce the 10th year of our program! We are proud of the work that has been done to educate our youth hockey community about sports safety and provide free baseline neurocognitive testing. We look forward to another 10 years of working to keep our athletes safe while they play the game they love. 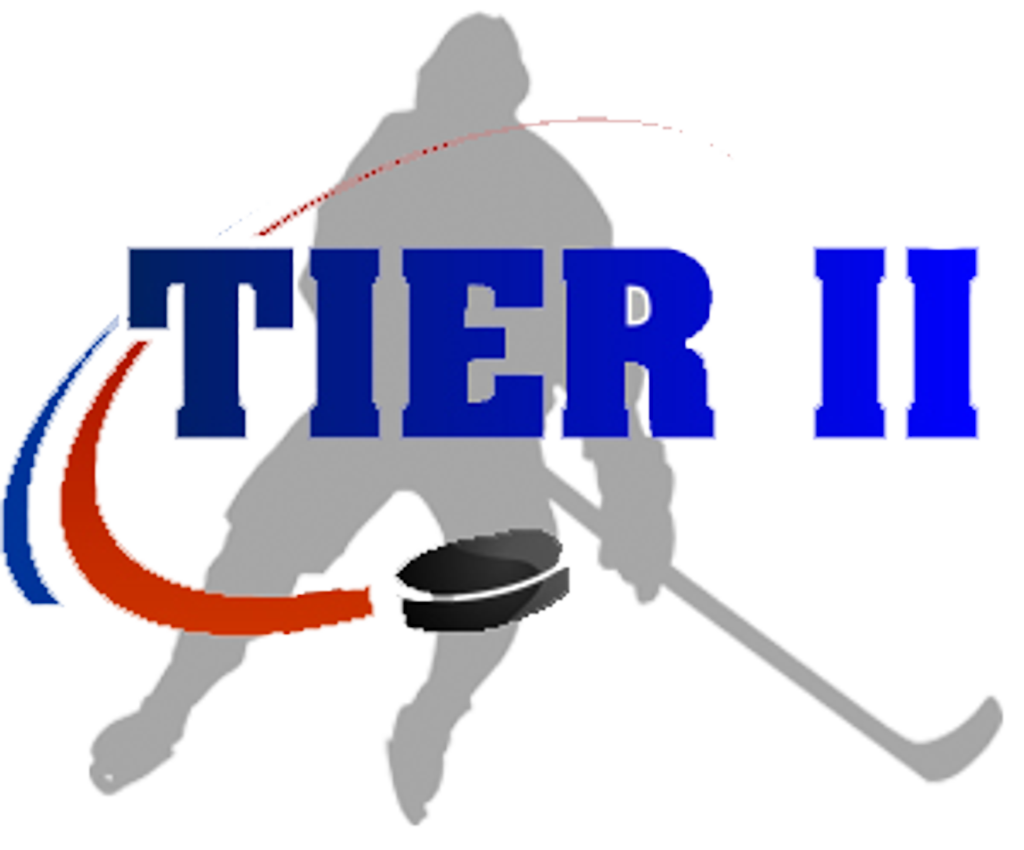 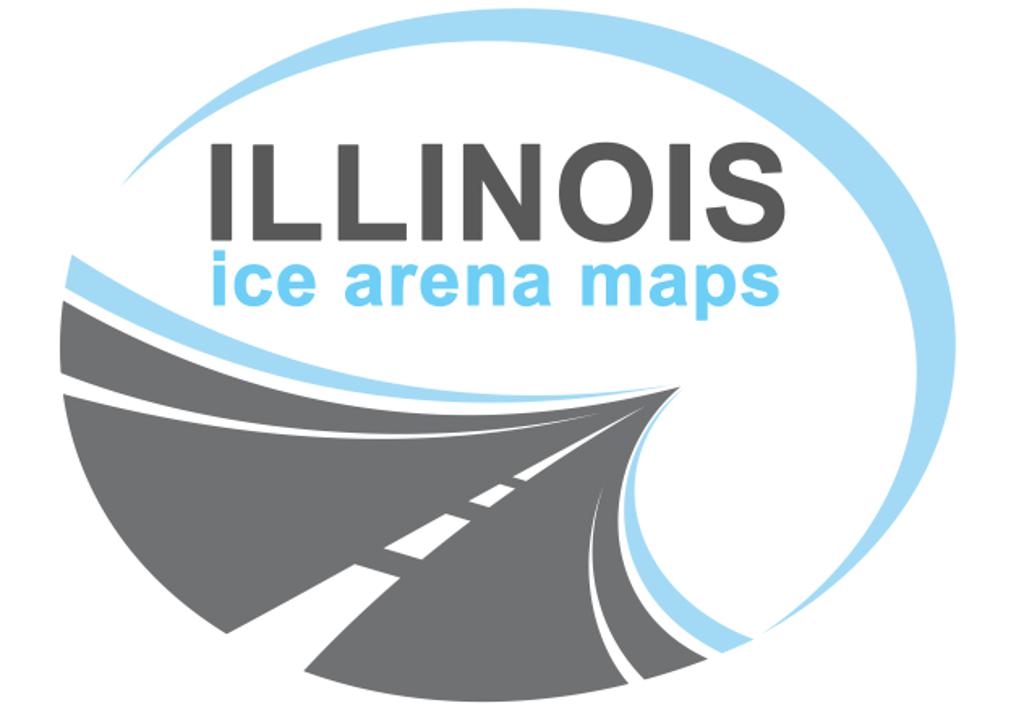 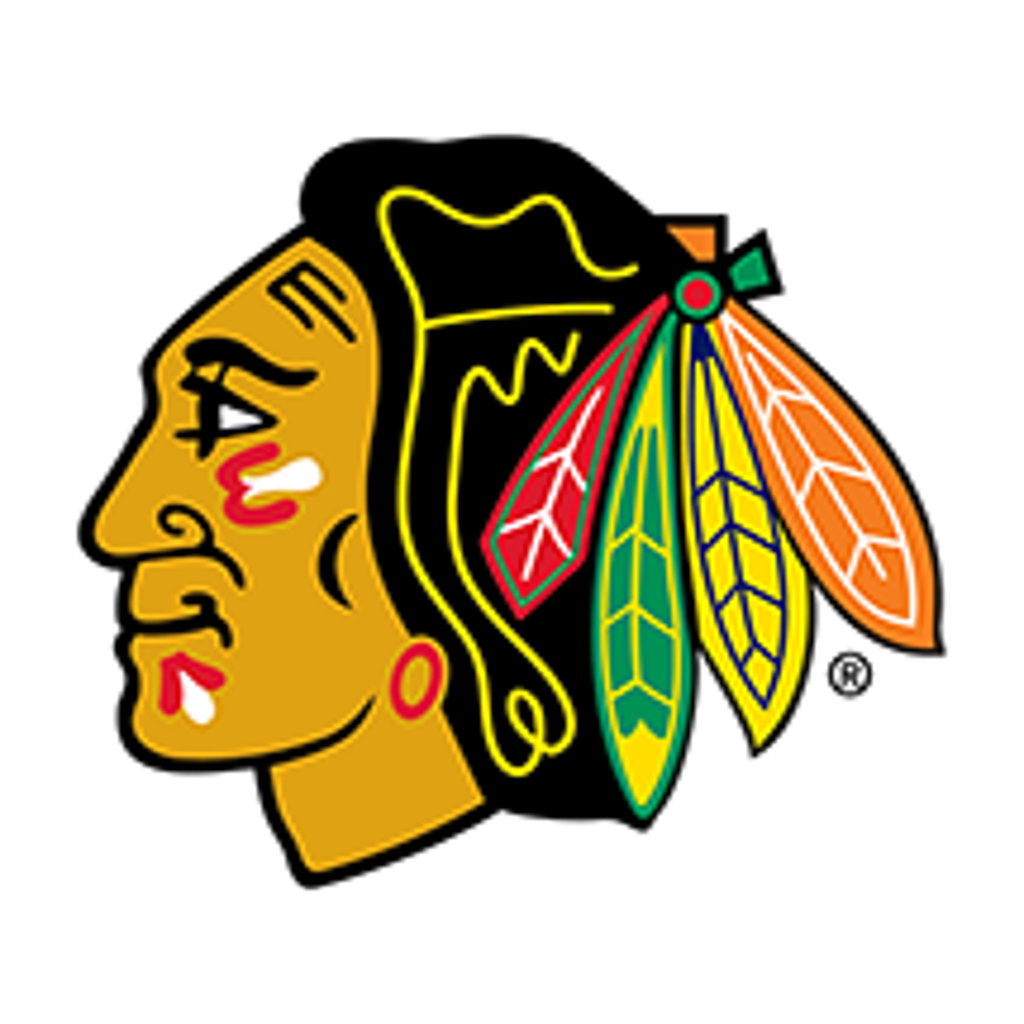