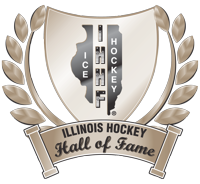 The mission statement of the Illinois Hockey Hall of Fame is as follows:“To honor the excellence of those individuals who, through their exceptional endeavors both on and off the ice, have contributed in an extraordinary way to enhance the sport and image of hockey in Illinois.”

​​The Illinois Hockey Hall of Fame recently announced the 18th class of inductees into its Hall of Fame. The honored inductees this year are in the Players category Kevin McKee and Erica Mitchell; in the Coaches category Ken Klein, Tom Kurzawski, Wally Neumenko and Jim Philbin; in the Builder's category Mike Schmitt, Eric Schneider, Gary Wells and Jim Wood and in the Referee's Category Bill Green
and Geoff Schlender.

Illinois hockey has a very long and rich hockey history, due in large part, to the foundation laid down by these inductees. Their tireless dedication in making sure every individual who had a desire to participate in this great sport has had the opportunity to do so.

The IHHF Induction Dinner will be held in their honour on Sunday, January 29, 2022 at the Belvedere Banquet Hall located at 1170 West Devon Avenue in Elk Grove Village beginning at 5:00 pm. Tickets are available by contacting John Dunne at 224/636-3215 or e-mail John at executive.director@ahai2.org.

On behalf of everyone involved in the game of hockey, we admire and thank each of the inductees into the Illinois Hockey Hall of Fame class of 2022.

If you know of someone who meets the criteria as set forth below, please submit your nomination with all of the required documentation as indicated below:

3) “Official” nominees must have been registered in Illinois with IHOA for at least ten years.

4) “Builder” nominees must have been actively involved with Illinois hockey for a minimum of 15 years.

1) Nominations must be by completion of the official IHHF Nomination Form, and must be received by October 1st of the year to be considered.

2) Two letters of support from people personally acquainted with the candidate’s accomplishments must accompany the Nomination Form.

6) There shall be a waiting period of one year after initial nomination before a candidate can be considered for selection to the Illinois Hockey Hall of Fame. Depending on circumstances, this requirement may be waived by vote of the IHHF Board of Directors.

Population of the Illinois Hockey Hall of Fame

1) During its inaugural year, the Illinois Hockey Hall Of Fame will induct a maximum of 24 honorees in order to firmly establish the enterprise.

2) In each subsequent year, the IHHF Board of Directors shall determine the number of honorees who will be inducted into the Illinois Hockey Hall of Fame. 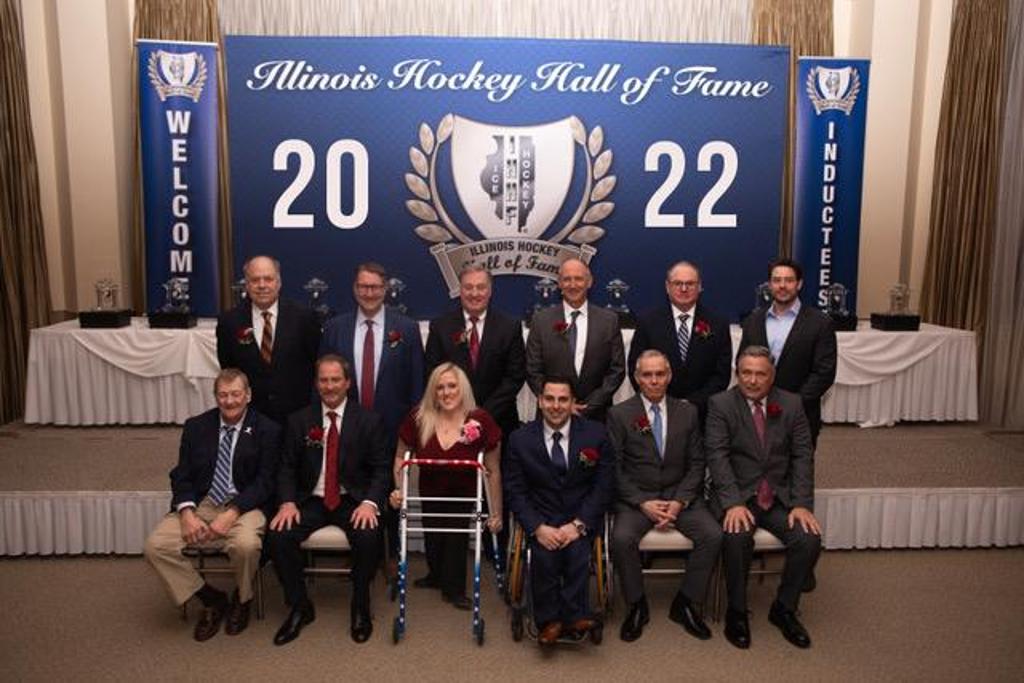 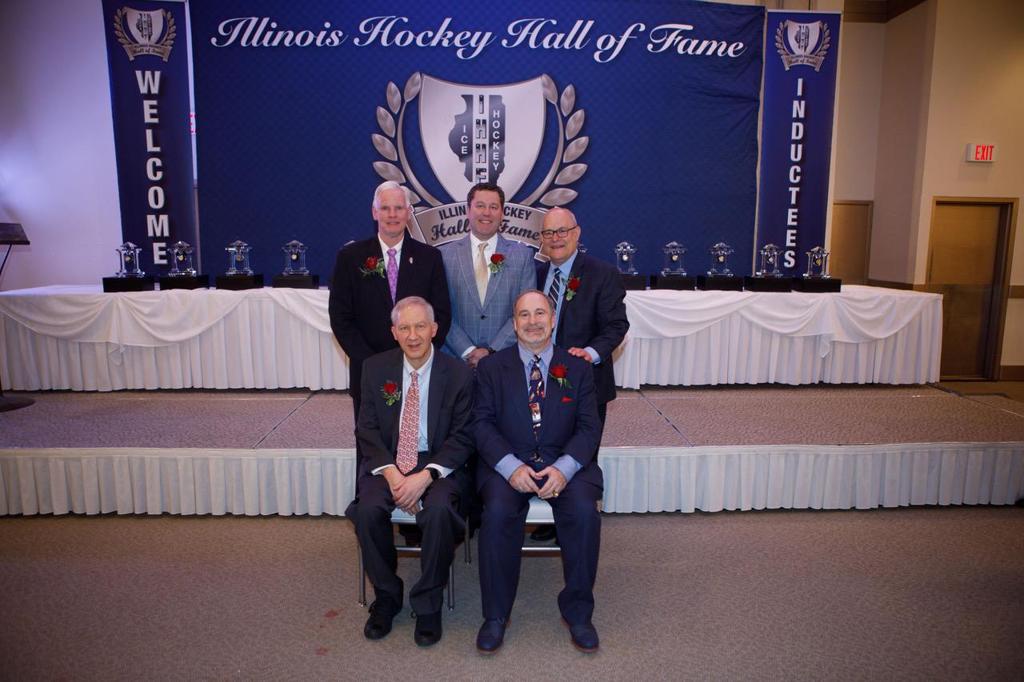 17th Class of Illinois Hall of Fame Inductees Honored May 2022 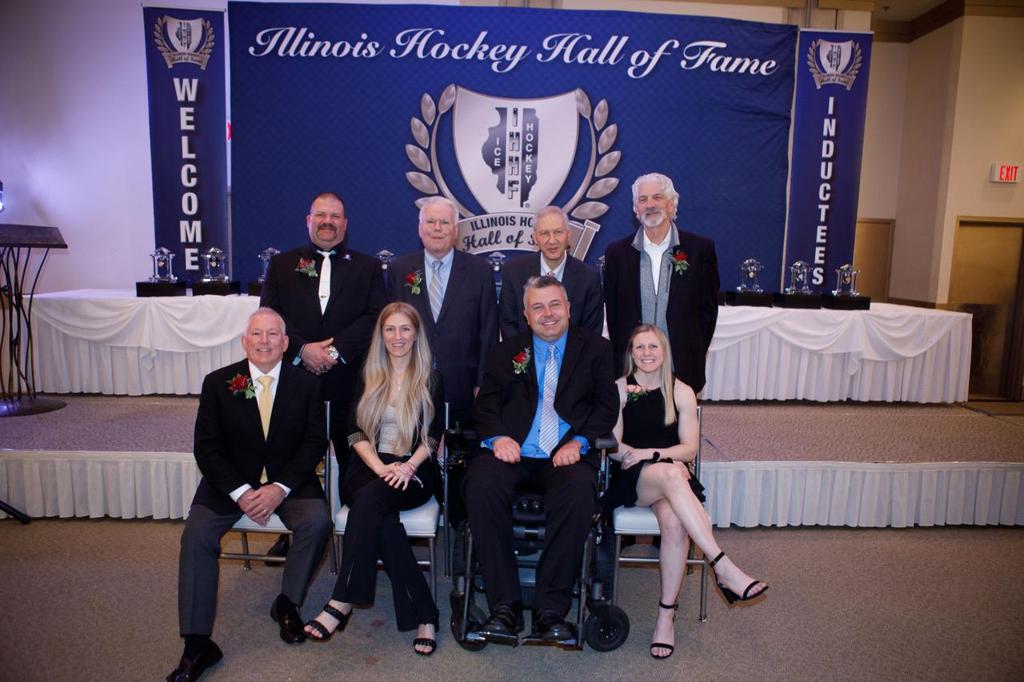 16th Class of Illinois Hall of Fame Inductees Honored May 2022 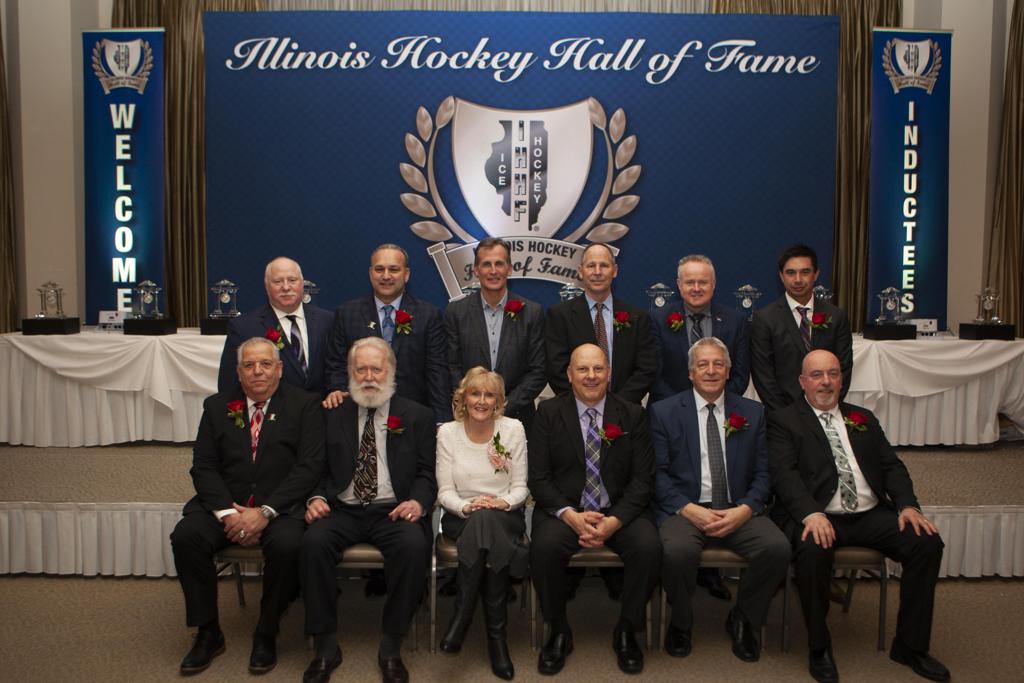 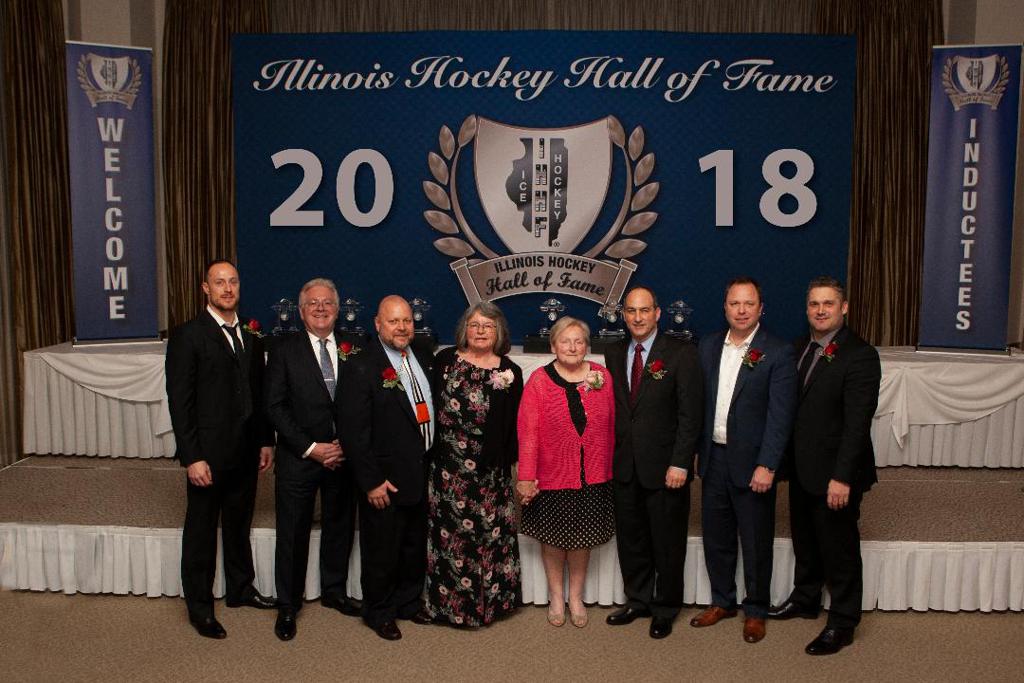 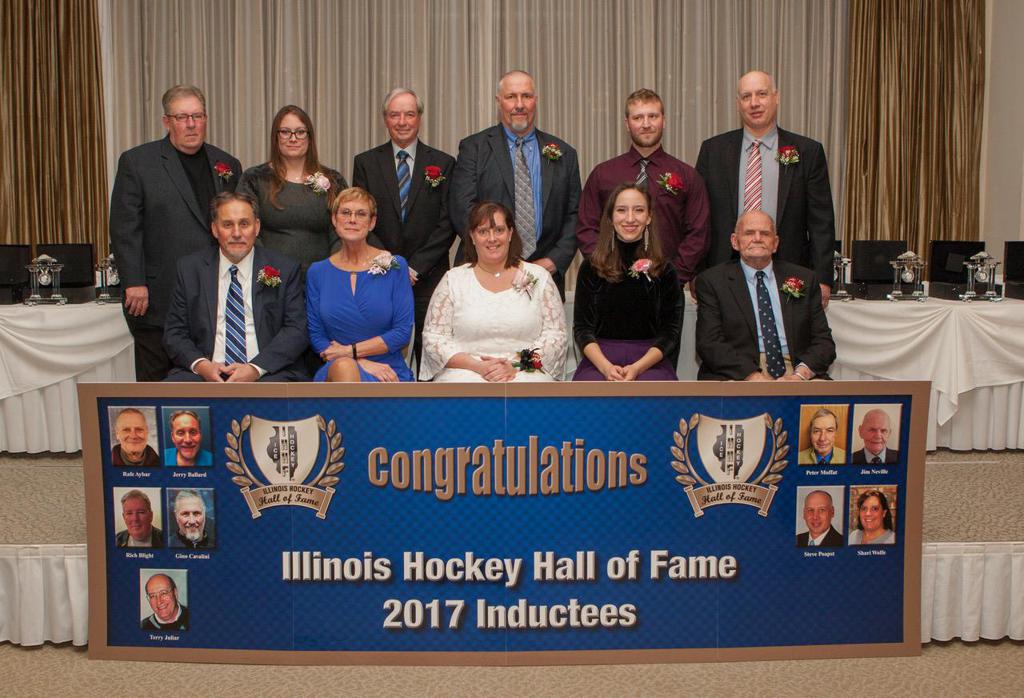 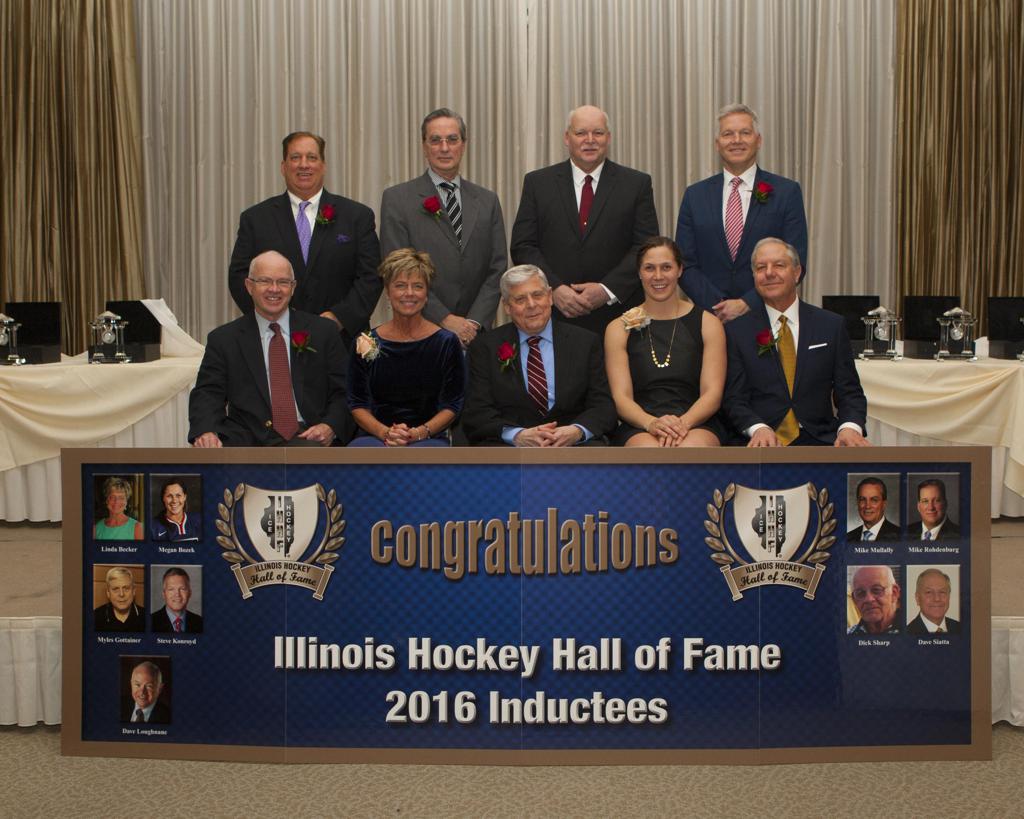 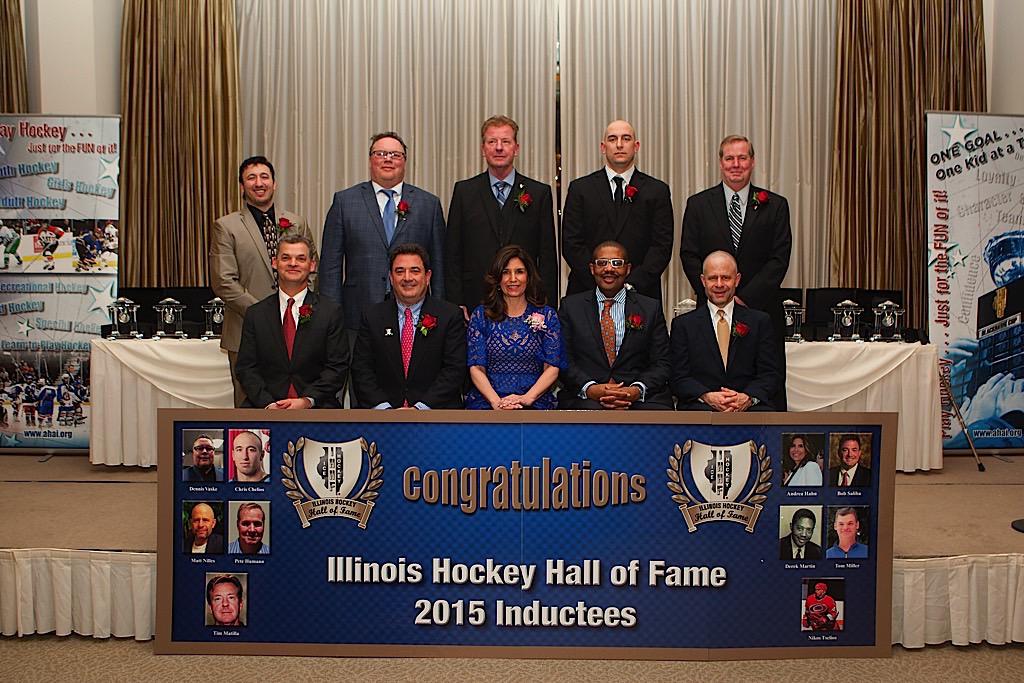 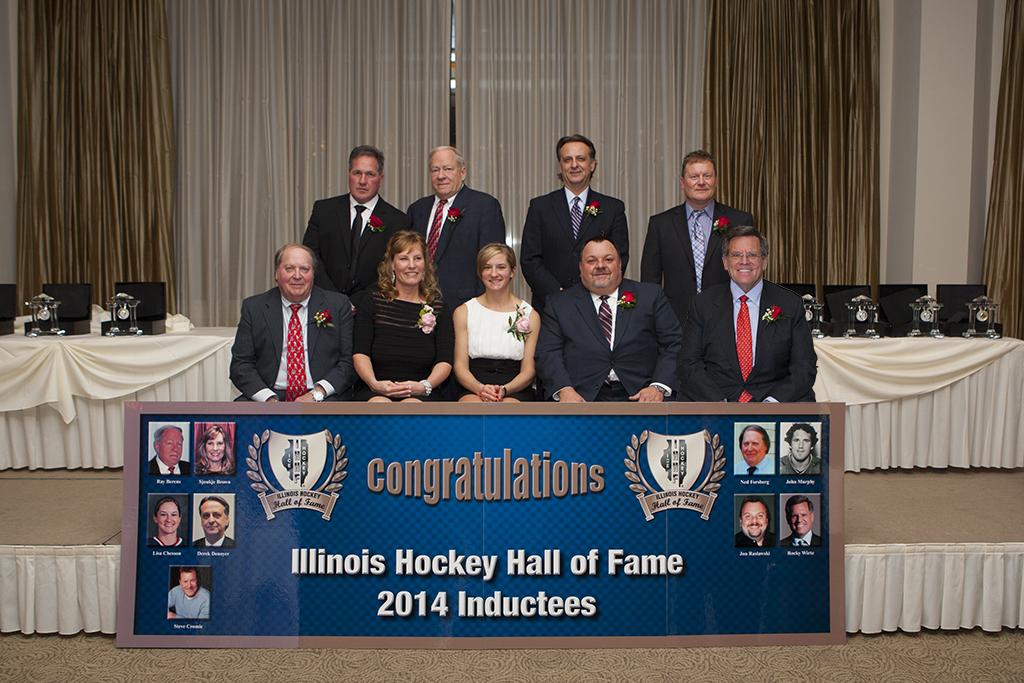 Click here for recap video of a special evening 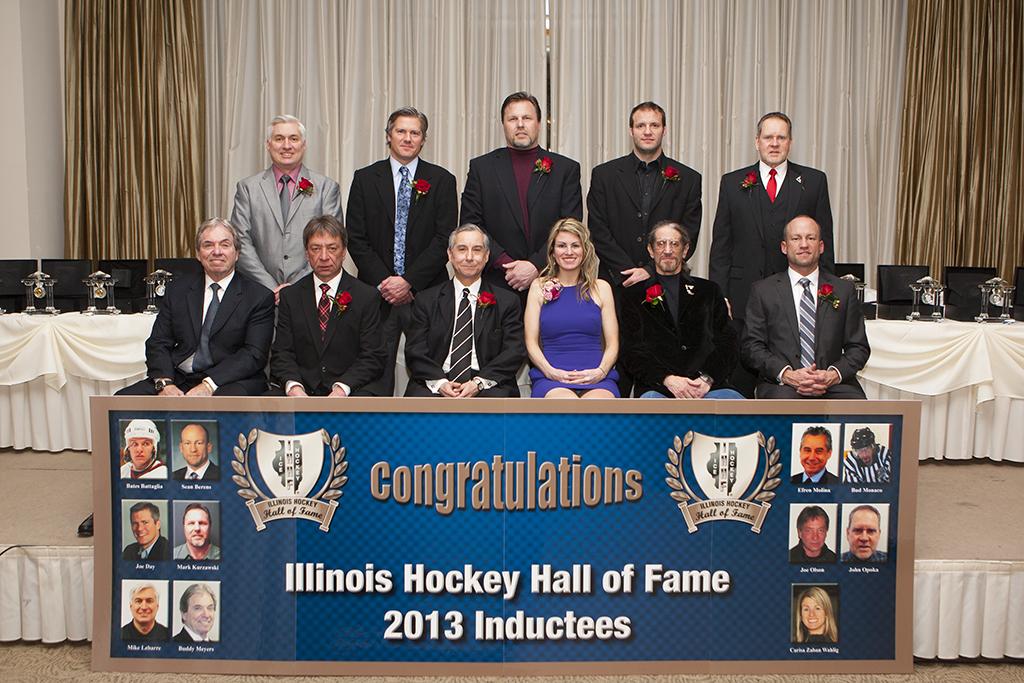 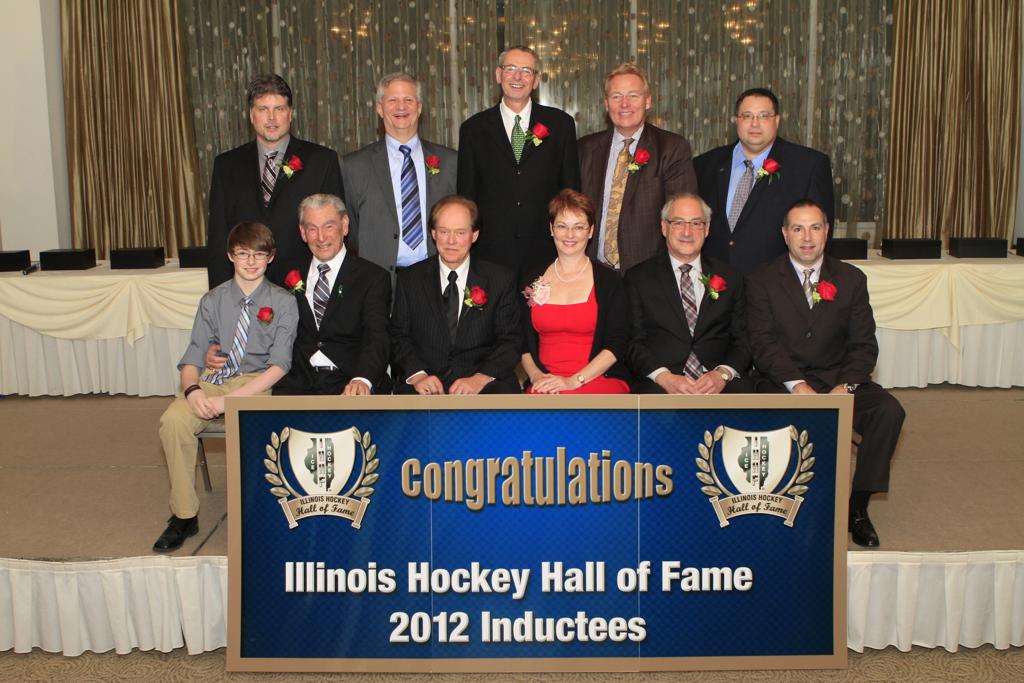 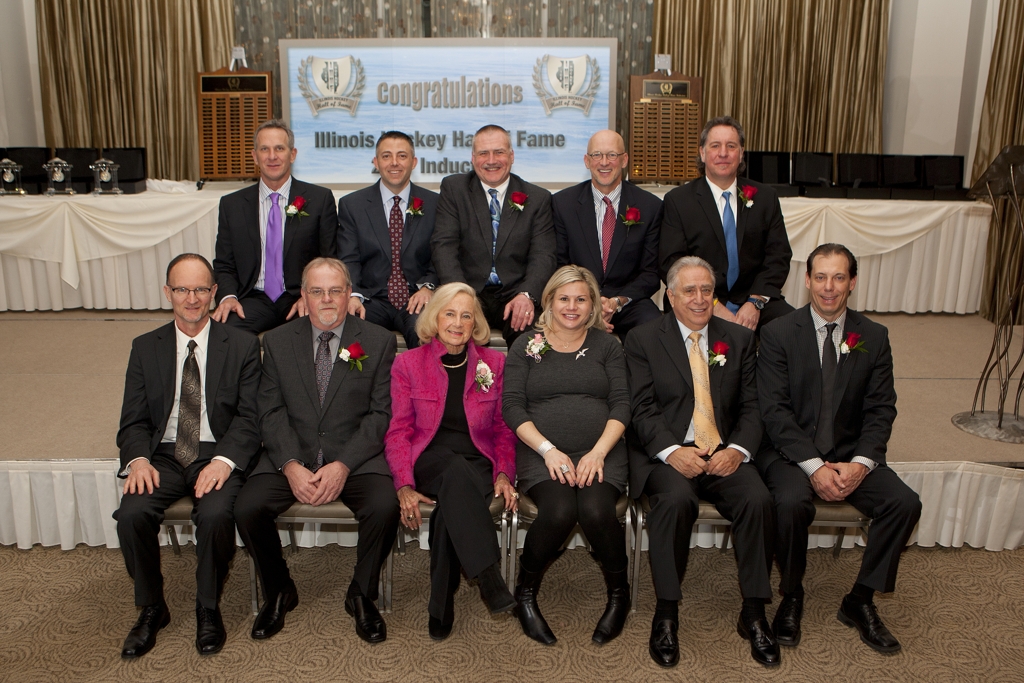 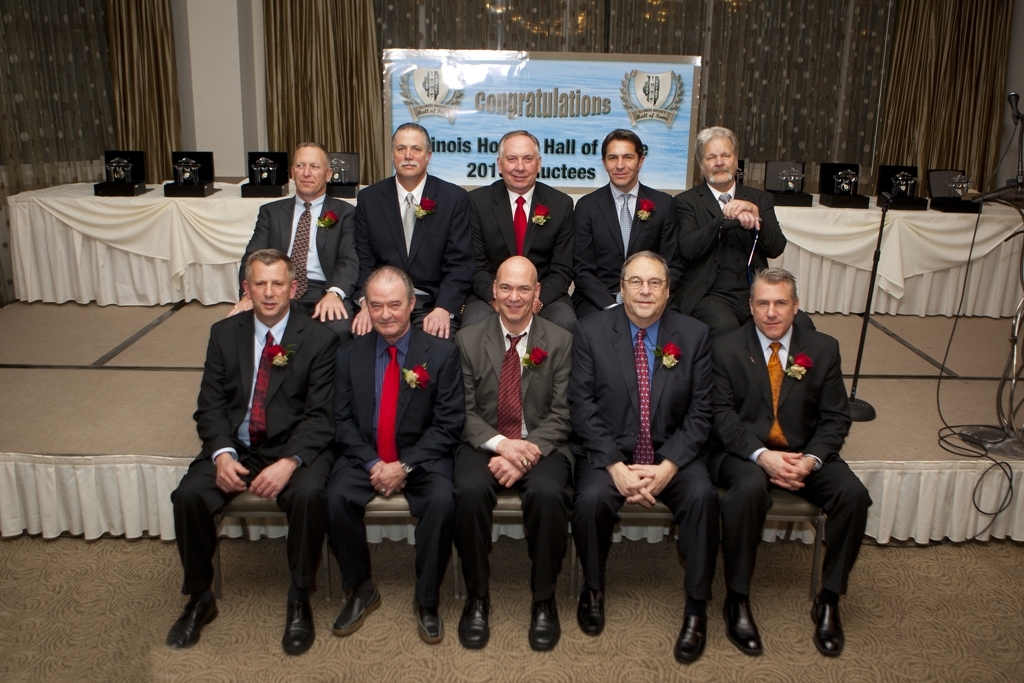