Illinois had its best showing ever in the prestigious America’s Showcase St. Louis, a national high school tournament that was founded – in Chicago – in 1985 to provide the nation’s premier high school players an opportunity to be scouted by high-level programs, including prep schools, juniors, colleges, and more.

Illinois captured first-place in both the boys’ and girls’ events, the first time that representatives of AHAI have both won the multi-day event.

In fact, it was the first-ever title for an Illinois girls’ team in the tournament.

The Illinois Black boys’ team cruised past Missouri Blue in the finals, winning 9-3. Ironically, it was Missouri Blue that knocked out Illinois White in the quarterfinals, with a 4-3 win.

The Illinois Black boys’ were an offensive juggernaut, outscoring their six foes 52-10. Seven of the top 10 point-scorers on the boys’ ledger came from Illinois Black.

“This Illinois (boys) team might be one of the very best we’ve ever had, though it’s hard to compare,” Mullally said. “Jack Gustafson was phenomenal, really great. But the scoring for the whole team was spread around, forwards and defensemen were scoring. We had a very well-balanced team. All four lines were about equal; they were phenomenal.

“The coaches basically just said, ‘Next (line). The Illinois Black coaches, Tom Wood and Greg Mrofcza, didn’t really have to do too much. They talked to the team before the game, between periods, and of course after the game. The team, though, was very skillful on its own.

“Scouts were constantly talking to our team, from many outlets.”

The Illinois Black boys rolled. For instance, it was scoreless after the first period against Texas and 3-0 after two periods. The third period was all Illinois as the AHAI representatives blasted Texas 10-1.

The Illinois Black girls struck twice in the first period and finished the scoring in the second. Lindsey Smolen had 2 goals and 1 assist in the championship game, while Mia Fiscelli and Olivia Laube each earned 2 assists.

“We have always said that this is not a tournament that you go to to win-at-all-costs. This is a tournament to showcase your talents, individually and as a teammate. That said, in the back of my mind, I thought this team would pull it out.”

But still, she was “speechless” when asked to expand on the girls’ glory.

Lichterman got even more emotional when talking about Illinois’ two victories over Wisconsin. In fact, it was two wins over Wisconsin in less than a week’s span.

And Illinois had never defeated Wisconsin in the Showcase.

This year, the Illinois Black girls’ team defeated Wisconsin twice, each time by an identical 3-0 score.

“The girls were excited, hugging each other (after the championship); the parents were thrilled, as were the coaches,” Lichterman said. “It was amazing to see these girls who play for different organizations (during the regular-season) come together and do what they were able to do.

“And to only allow 1 goal (against) in 5 games, wow, that was incredible.”

This was the first time Illinois held tryouts for the girls’ Showcase teams and that challenged the players to not only step up their game but to also step up how they played as a team, as a teammate, Lichterman said. “This year’s team had that special spark, that magic. And I think they knew that.”

Barrett had 2 goals in the win over Indiana.

“All of the girls (on past year’s Showcase teams) had a lot of talent, played extremely well. But something was lacking from those teams. We were never able to go to the next step, get over the hump; we were always losing a game by one or two goals,” Lichterman said. “Not this year, which truly is a testament to all the girls who play in Illinois.”

“We had a lot of offense. I knew that going in, but didn’t realize how good we were compared to everyone else,” he said.

Delaney, with 1 goal and 1 assist in the championship game, often skated alongside Michael Stein and Frank Nicosia. Delaney led the tournament with 7 goals, 12 assists in 6 games.

Jack Gustafson (8 goals, 7 assists) and Will Schreiber (6, 1) were dominant. Gustafson had 2 hat-tricks and points in all 6 games.

Sebastian Wigfield and Luke Brzezinski was rock solid in goal for Illinois Black.

“The goalies were really good and our defense was strong,” Wood said.

Cam Schneider and Michael Fortune “did really well” on defense, Wood said. Both entered the tournament as forwards, but dropped back to D to help as needed.

“I just think we had the best team, the best players. We were skilled and fast. We were able to stretch teams out and then we were deadly on the rush. It was fun to watch,” Wood said.

Illinois White was led by Nick Miller (4 goals, 1 assist) and Richie Mattia (3, 2). Anthony Roti chipped in a goal and 4 assists.

“Chicago has a lot of talent, and we showed it in the tournament,” Wood said. “We have a lot of depth in the state of Illinois, and a lot of that is attributed to the (Chicago) Blackhawks, the success they had when today’s high school players were growing up. I think that’s a big part of our success.

“Yeah, this was a fun tournament.” 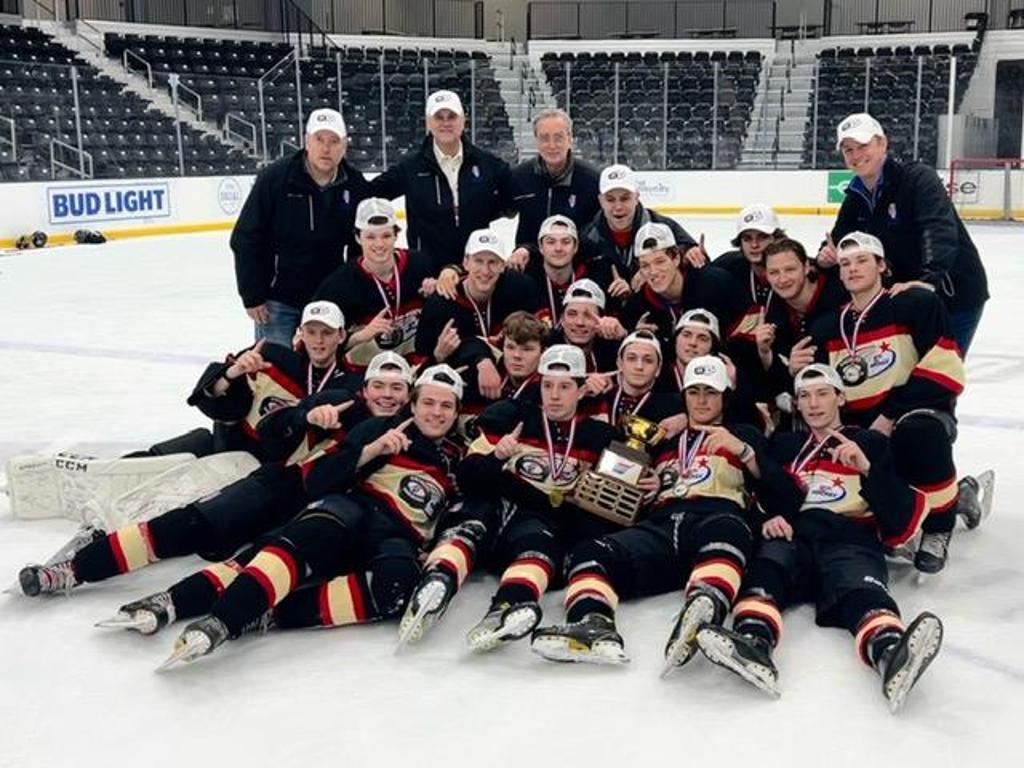 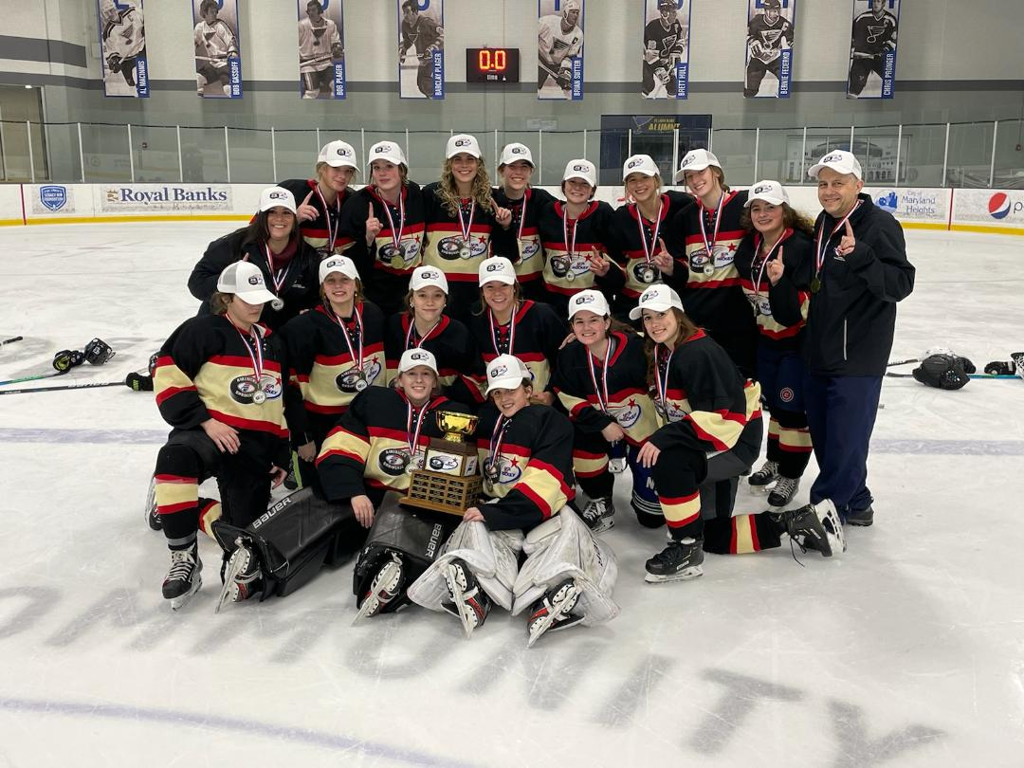